Back
Home > Exotiques > Dear Doctor! My Pet is Sick – But is it an Emergency?
Blog 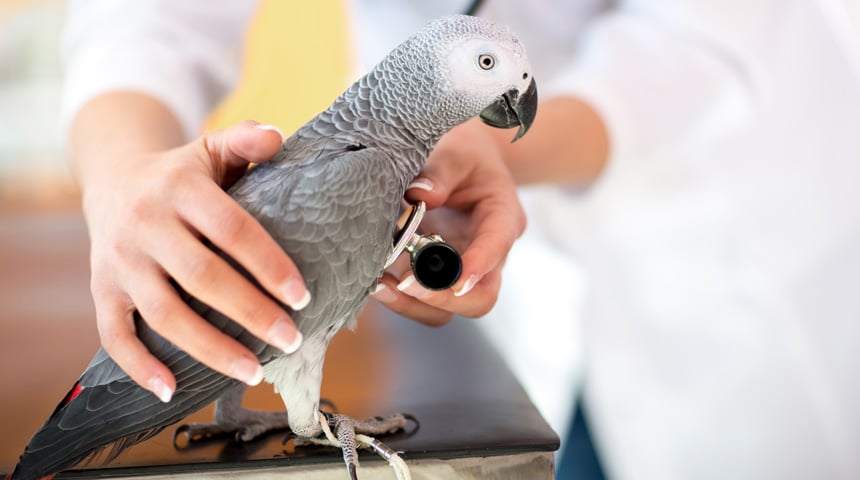 Dear Doctor! My Pet is Sick – But is it an Emergency?

We strongly recommend that exotic pets be weighed once a week on the same scale to monitor the weight. A digital food or postal scale that weighs in grams is ideal, as these are more accurate. A weight loss of 10% is a warning sign of an underlying disease and should motivate a consultation with a veterinarian as quickly as possible. For example, a 150-gram weight loss or more in a 1.5kg rabbit, or a 3-gram weight loss or more in a 30-gram budgie, both constitute emergencies.

Most of the animals that visit our department of birds and exotic Animals are prey species. Instinctively, they mask their weaknesses in order to avoid detection by predators, who prey on sick or injured animals. This survival behaviour has consequences in captivity, since owners of pets that are prey species may not notice their pet is sick until it has been ill for several days and is in critical condition. Consequently, medical conditions or diseases that would not normally constitute an emergency in other animals rapidly become an emergency for most exotic species.

Most illnesses will result in weight loss, which is one of the first signs to be noted by a concerned owner. Since many exotic pet species are small, it is difficult to notice a weight loss unless it is marked, and this may be true even with animals that are handled regularly. Small animals also have a high metabolic rate, which contributes to the rapid progression of disease in exotic pets.

Some exotic pets are kept in large groups (in an aviary, for example), a situation in which a sick individual may be more difficult to detect. The animal can become in critical condition before you ever notice that it is sick!

Reptiles have lower metabolic rates than mammals and birds of similar size. Most cases of 'sudden illness' often turn out to be acute presentation of a chronic illness having developed over weeks, months or even years.

Although illnesses present in different ways, when these factors are taken into account, it becomes possible to appreciate the significance that clinical signs should play in the decision to consult a veterinarian. Should your pet present any of the following signs, we strongly recommend that you contact us for an appointment as quickly as possible.

But is it an emergency?

August, 3 2022 Decontamination of a Poisoned Patient