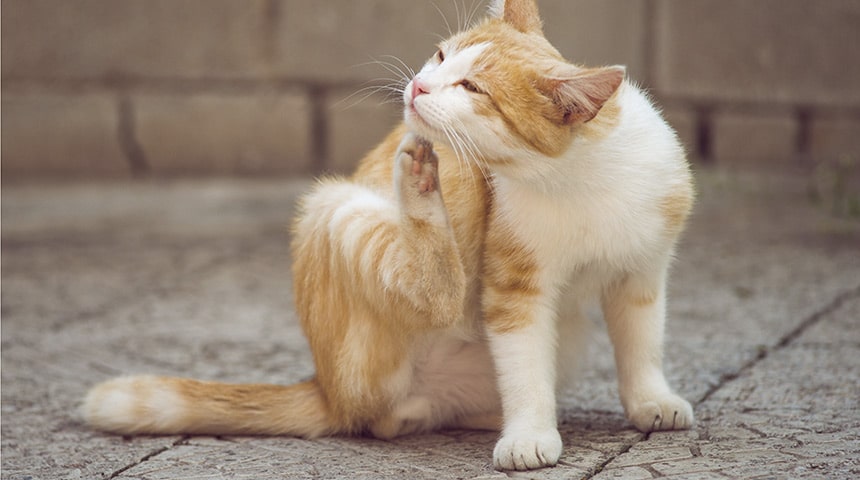 In recent years, we have been increasingly hearing about the presence of ticks in Quebec. How is the situation, exactly?

What is a tick?

The tick is an insect belonging to the mite family. Its body is oval-shaped and usually brown in colour. The tick can reach different sizes depending on its life stage. Larvae and pupae are very difficult to recognize, as they are very small (less than 1 mm). Adult ticks, on the other hand, can measure between 4-6 mm and even more when they are engorged with blood.

Where are ticks found?

Ticks were found only in the United States until the 2000s. Since then, we have seen more and more of them in Canada and Quebec. The main factors responsible for the arrival of ticks in our regions are global warming and migratory birds, which, in the spring, carry ticks in their plumage and drop them in their path.

In Canada, the expansion occurred quickly in several regions. In Quebec, the Montérégie is the most affected region, because it is located close to enzootic areas in the United States.

It is possible to consult a map to see which regions are at risk.

Ticks love warm and moist environments. In our regions, they will mainly be found in deciduous or mixed forests. All locations with tall grasses are favorable to ticks.

How do they feed?

Ticks feed on the blood of mammals, birds, and reptiles. Thus, our domestic animals such as dogs, cats and ferrets are potential food sources. Ticks hang out in bushes and on blades of grass. When a prey passes nearby, it clings to it with its legs. Subsequently, the tick walks on the cat in order to find its feeding site. It is important to know that most of the time, we find them close to the cat's head, neck and back. To feed, ticks use their mouthparts which they will plant in the skin of the cat, and then start their blood meal. At the end of the meal, the tick unhooks from the animal and returns to nature.

Is a tick bite dangerous for my cat?

What should we do if we see a tick on our cat?

The spotted tick should be removed as soon as possible since several pathogens are transmitted within hours of its attachment. To remove a tick, you will need a small plastic hook like the one pictured. You can find this hook in a veterinary clinic.

You can remove the tick in a few easy steps:

It is very important to wear gloves during this procedure, because several pathogens can be transmitted via small abrasions on your hands. It's also important not to pull the tick off, as the tick's mouthparts will linger in the cat's skin and this could create inflammation at the bite site.

How to prevent ticks?

For cats, there are few preventive products for ticks, because most are toxic and can even cause death. On the other hand, cats are resistant to Lyme disease, the disease most frequently transmitted by ticks here in Quebec. Thus, the recommendation in Quebec for cats is to remove the tick as soon as it is seen.