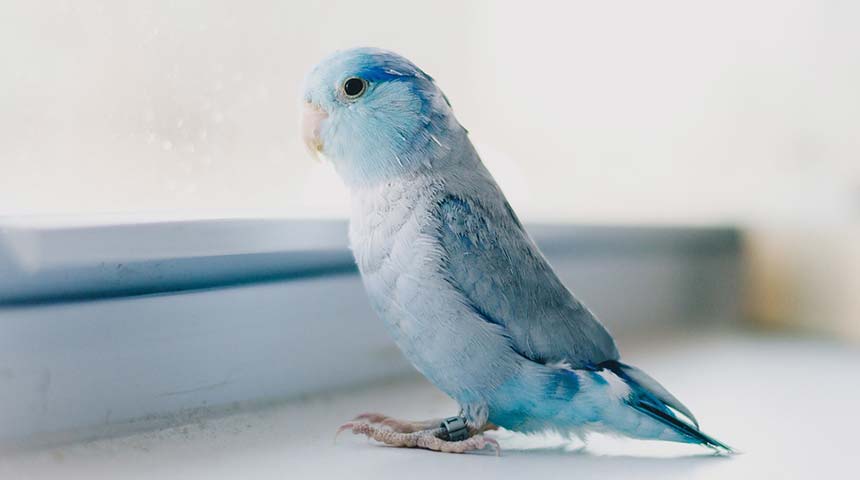 The psittacine beak and feather disease is caused by a circovirus. It mainly affects birds native to Australia, Africa and Asia, aged 3 years and under. However, they can become infected during this period of their lives and show clinical signs several years later.

The virus is transmitted by inhaling respiratory secretions or feather powder from an infected bird, or by eating contaminated food. A gestating female can also transmit the agent to her young in the egg. Once infected, the bird takes between 21 days and several years to show clinical signs. At that time, a decrease in the production of feather powder, or deformed, brittle feathers with haemorrhages at their base will be noted. Birds generally die 6 to 12 months after the onset of clinical signs. However, rare cases that have survived the onset of clinical signs have been reported.

The diagnosis can be established in two ways. First, the agent can be detected in the bird's blood. If the test is positive, the bird may have been infected for some time and clinical signs may soon appear. It is also possible that the infection is very recent and that the bird's immune system is able to fight the infection. Therefore, the test should be repeated 3 months later to check whether the agent has been effectively eliminated from the body or is still present.

Unfortunately, there is no treatment for this condition. Birds that survive the infection remain carriers for life. They must remain isolated from all other birds and frequent disinfection of their environment with diluted bleach is recommended. The same applies to a bird that shows no clinical signs but tests positive on the blood test.