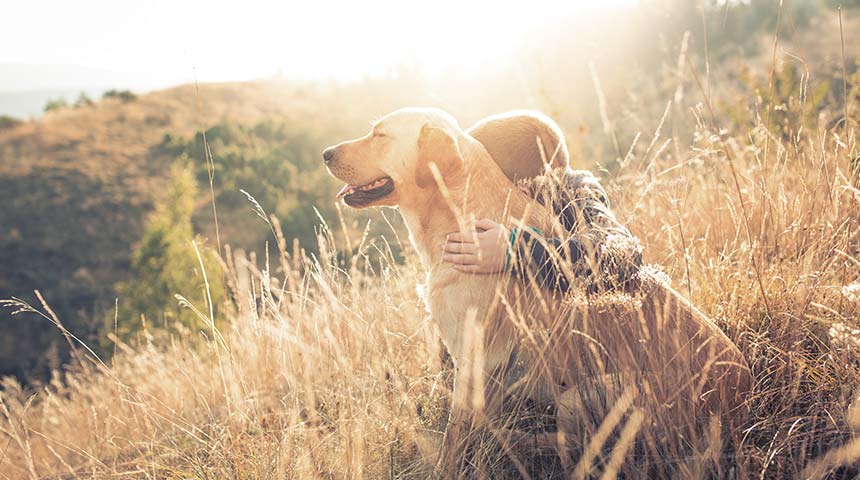 Leptospirosis is a disease caused by a bacterium named Leptospira interrogans. This bacterium can survive a long time in the exterior environment when conditions are favourable. Leptospira survives well in a damp and warm environment, particularly in stagnant water. For this reason, the disease’s incidence among dogs is higher at the end of summer and in the fall.

Leptospira is found in the environment following contamination by the urine of wild animals. Many animal species can be a source of leptospirosis, including  rats, skunks, raccoons, mice and more rarely cows, pigs and dogs.

How can my dog catch leptospirosis?

How can leptospirosis affect my dog?

Once the dog has ingested bacteria, it enters the blood where it quickly multiplies. It can then reach many organs, among these are the kidneys, the liver, the spleen and more rarely the nervous system, the eyes and the genital tract.

What are the clinical signs (symptoms) that can be seen in my dog?

The most frequently seen clinical signs more are :

These clinical signs are not particularly specific to this disease. That is why, when in doubt, the veterinarian will have to do diagnostic tests on the dog in order to make a more precise diagnosis.

How can leptospirosis be diagnosed?

Several tests are necessary in order to assess the situation correctly and to identify problems that can be present (renal and hepatic insufficiency, and coagulation problems).

Blood tests, X-rays and abdominal ultrasonography can help in the diagnosis and identification of affected organs.

The final diagnosis can be made by measuring the level of antibodies (serology) against leptospira in the blood. Unfortunately, the level of antibodies in the blood can take 1 to 2 weeks before becoming elevated; this can delay the final diagnosis. Therefore, it is not rare that treatment be recommended even before the final diagnosis is known. Since leptospirosis is a potentially fatal disease that can have serious consequences (renal and hepatic) if it is not treated quickly and aggressively, the veterinarian will rarely take the chance to wait for serology results to begin treatment.

Is there a treatment against leptospirosis?

Leptospirosis can be treated efficiently if treatment starts early. Hospitalization is always required, that can be extended to several days in some cases.

Intravenous antibiotics and intravenous fluids are necessary to minimize kidney repercussions. If renal insufficiency is detected at the time of the exam, other treatments will be necessary, sometimes up to dialysis.

It is possible to cure a dog suffering from leptospirosis if treatment is started quickly. However, in some cases, damage to the dog's kidneys or liver may happen. Some dogs may also die during treatment despite all efforts, when the renal or hepatic (liver) damage is too severe at the time of diagnosis.

Leptospirosis is therefore a disease that must be taken very seriously and that must be treated early and aggressively to get the best chances of survival.

Prevention and History of Vaccination

Fortunately, a vaccine against leptospirosis has been available for a few years. The vaccine is effective in preventing the disease and it must be given once a year since the immunity does not last more than 12 months.

There are many different strains of leptospira interrogans. They all have their own name. They are of the same family but have small differences. Consequently, the presence of antibodies against one strain will not protect the dog if it is infected by a different strain. In Québec, the main strains implicated in infection cases are: pomona, bratislava, autumnalis and grippothyphosa.

Presently, existing vaccines have the strains that are most frequently found in dog clinical infection cases. However, there is no vaccine that can protect against all existing strains of Leptospira interrogans.

Therefore, it is possible for a vaccinated dog to contract the disease if it is infected by a different strain than those found in the vaccine received.

In fact, this is what happened at the end of the 1990s. At that time, cases of leptospirosis reappeared. They were caused by "new" strains of leptospira interrogans against which there was no vaccine.

In the 1980s, veterinarians frequently vaccinated against leptospirosis with a vaccine containing the icterohemorragiae and canicola strains. Because the vaccine more frequently caused allergic reactions among dogs and because cases of leptospirosis were becoming extremely rare, it was decided to stop vaccinating against this disease. The disease was well controlled until the end of the 1990s, where new cases of leptospirosis reappeared. This time, they were mostly caused by the pomona and gryppothyphosa strains. This is when a new vaccine containing these two "new" strains was developed and veterinarians began to vaccinate all dogs against this disease once again.

Vaccination against this disease is strongly recommended for all dogs no matter if they live in an urban or rural area.