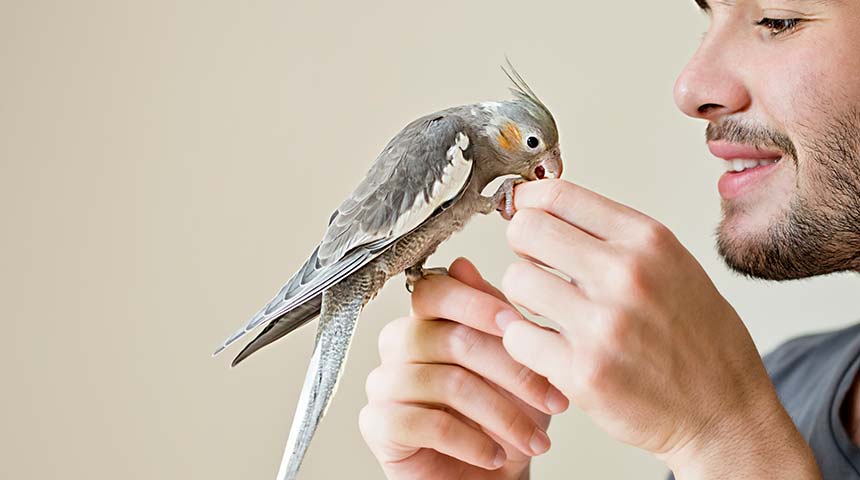 Chlamydophilosis, also known as psittacosis, is a disease caused by a bacterium called Chlamydophila Psittacii. It is a moderately prevalent disease that can be fatal to your bird.

The infected animal excretes the bacteria in its feces and respiratory secretions. Thus, contamination can occur through aerosols or accidental ingestion (toy in contact with infected stools). Note that an animal can excrete these bacteria without being sick - they are considered asymptomatic carriers. Therefore, they can infect others without there being any signs of this infection in the home!

Clinical signs usually appear 5 to 14 days after contamination. They vary greatly since the bacteria can infect different systems, including the respiratory system, which will manifest itself as a runny nose and difficulty breathing (gusseting movement with the tail, breathing with an open beak, stretched neck or spread wings). These bacteria can also infect the liver and cause diarrhea or green/yellow urates (they are normally white). Finally, kidneys may also be affected; in this case, the amount of fluid in your bird's stool will increase (polyuria). Its general condition will probably also be affected and the bird will no longer sing, talk or eat; it will stand in the bottom of its cage with its feathers ruffled.

There are several tests available to detect this infection and it is important to consider them as complementary to each other and not optional. Each of these tests will provide different information allowing to accurately target the bird's infectious condition. Has it recently become infected, or is it an old infection? Is the bird currently excreting bacteria, causing a risk of infection to yourself or other birds? Which organs are affected and how severe is the damage? These are all questions that a single test cannot fully answer... and each of these answers is essential to our choice of appropriate treatment. For example, swabs of cloaca (feces) and choane (mouth cavity) should be tested for the bacteria. A blood sample will also be taken to test for antibodies and to check the function of potentially affected organs. Finally, X-rays will be taken to visualize the bird's organs and detect lesions.

Chlamydophilosis is treated with an oral antibiotic (doxycycline) for 2 months. It is treated over a long period of time because the bacteria hide in the cells and only come out to proliferate. This is the only time the antibiotic can reach it - that's why it takes a long time to treat, to make sure that it kills all bacteria in the body. It is important to decrease the calcium intake in the bird's diet during treatment, as calcium makes doxycycline ineffective. If the bird has a cuttlebone, it must be removed for the duration of the treatment.

Psittacosis is of particular importance because it is a zoonosis, i.e. a disease that is transmitted from animals to humans. The disease in humans typically results in a strong flu that won't heal despite antibiotics, or conjunctivitis. It is therefore necessary to be vigilant, as it's not simple for a doctor to consider the possibility of chlamydophilosis. If you own a bird and are experiencing such symptoms, tell your doctor. It is important to understand that your bird can be affected by the bacteria, excrete it and infect you, without showing any clinical signs. It could be an asymptomatic carrier. So don't rule out the possibility of having psittacosis because your bird seems healthy!